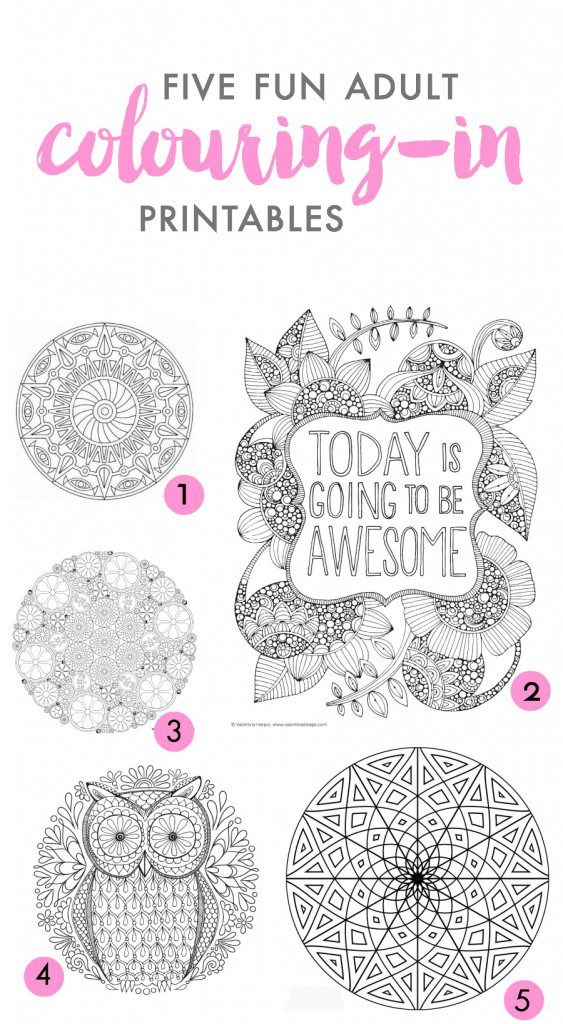 I don’t know about you, but I’m a pretty big fan of colouring-in. It used to be my favourite thing to do as a nanny, and now as a mama.

But now adult colouring-in is a thing. Well, it’s always been a thing, but now it’s not something we do in secret. There are colouring sheets made just for adults. It’s meant to calm you, relax you and make you less anxious. I like it.

Over on my Facebook a bunch of us are colouring in the ‘Today is going to be awesome’ sheets. So print one out, and share your masterpiece later in the week.